鹿児島市立美術館 > Index > Main Collection
It is the text from here.

Local artists of Kagoshima have contributed significantly to the development of Japanese art, beginning with the modern oil paintings of Kuroda Seiki, Fujishima Takeji and Wada Eisaku, print art of Hashiguchi Goyo, sculptor Niro Chunosuke, craftsman Miyanohara Ken, and many more ? the collected lineage of their work is displayed in this gallery.

Tangen was born in 1679 in what is now Hirano-cho, Kagoshima City. A loyal servant of Kano Tanyu, he mastered the Muromachi ink and wash paintings of Sesshu and others, and was praised as an incomparable master in Satsuma. This painting depicts the majesty of Mt. Fuji emerging from between the clouds. The strong ridge line tightens up the picture, and shows the rigid and honest nature of the artist. 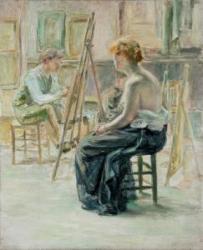 The studio of Corin, his teacher at the Colarossi School of Painting in Paris, where Kuroda studied. The backlighting of the half-naked models and the painters as they earnestly work on their brushes is captured in this painting. Based on the theme of movement of light, the colors are bright and clean, and the picture is filled with the romantic style of Pleinairisme, through which the artist's personality and talent as a painter are fully conveyed.

This work depicts the sunrise over the ocean with a majestic view of Toba from Mt. Asama. In 1928, Fujishima was commissioned to create a work to commemorate the accession of the Emperor Showa to the throne, and he chose the rising sun, the symbol of Japan, as the theme for this work. For more than ten years he traveled around the country and abroad in search of the ideal sunrise. It is thought that this work is based on the studies he completed during that time. Fujishima's painting style is evident in his concise composition and strong brushwork. 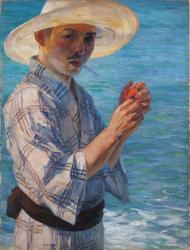 "Red Matchbox" was exhibited at the 8th Bunten exhibition in 1914, and was modeled after Shibusawa Hideo, an essayist. The contrast between the vivid colors and shadows in Wada’s painting, which are generally characterized by a mild and elegant style, is impressive. One imagines the painter confronting his model in the blazing sun and waving his brush with a fierce spirit. 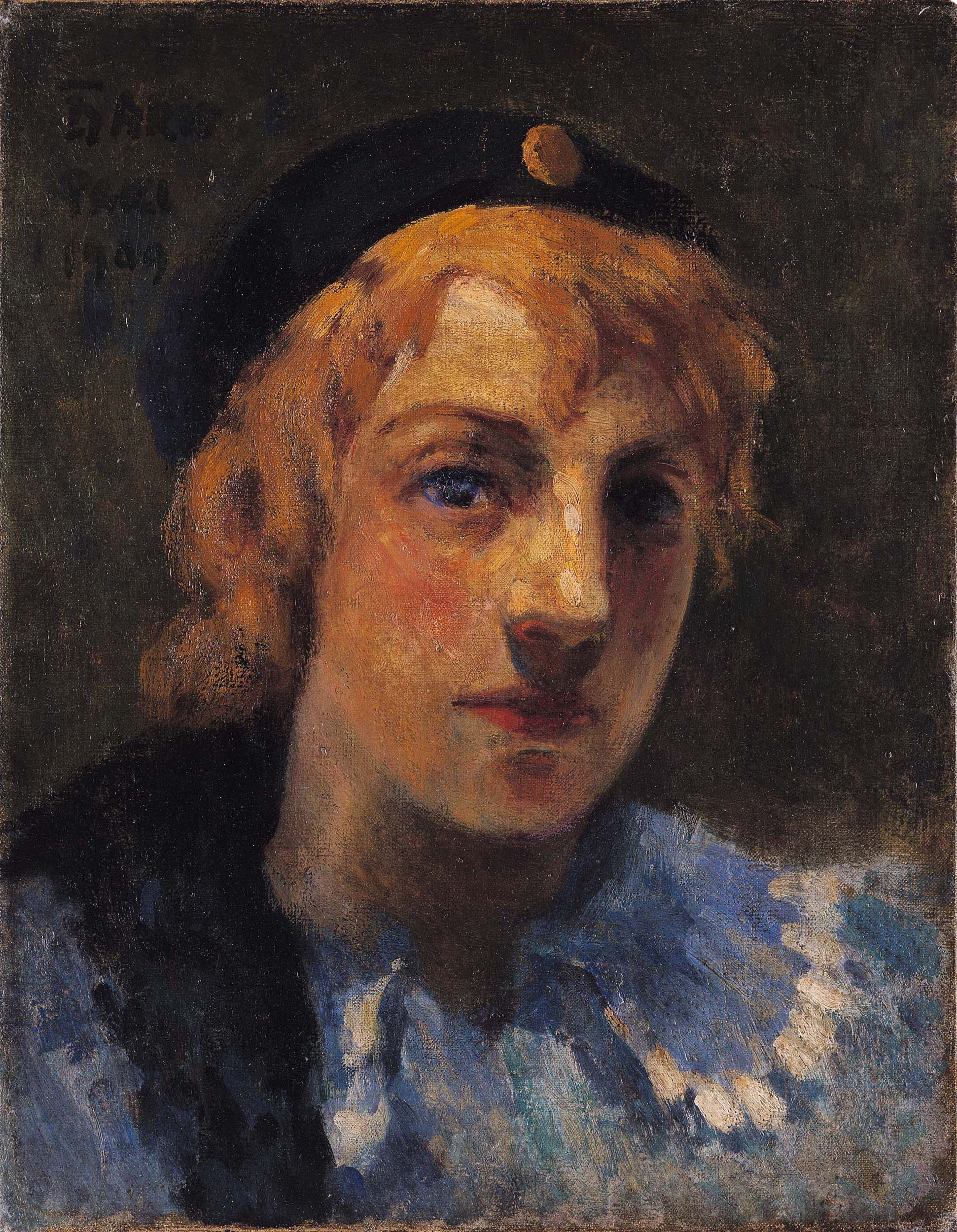 After graduating from the Italian language department of the Tokyo School of Foreign Languages, Arishima went to Italy to study painting under Fujishima Takeji for about a year. However, dissatisfied with his classical education, he moved to France the following year. This work, in the colors and touch of the impressionist style, was painted while he was studying in France. After returning to Japan, Arishima introduced to Japan the post-impressionists such as Cezanne, whom he had seen and heard about during his stay in Europe. 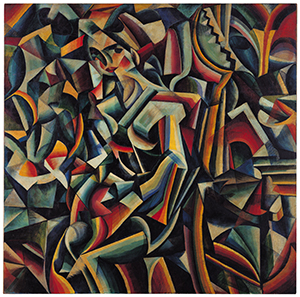 On the recommendation of Arishima Ikuma, Togo exhibited his work for the first time at the 3rd Nika Exhibition in 1916, where he received a prize for his "Woman with a parasol”. The geometric composition of color surfaces, influenced by the Futurists, had a great impact on his contemporaries. This is the largest and one of the most famous Futurist paintings of Togo's still in existence. 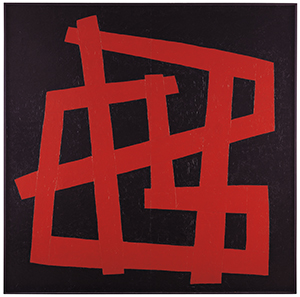 Around 1955, Yamaguchi prolifically created a series of works composed of long red and yellow rectangles against a black background. This work is typical of the style of the time. The freehand distortions convey more of the artist's spirit rather than a cold compositional impression. It is an expression that captures the rhythm and order in nature with deep insight and sensitivity.

This work is regarded as the best work by the artist, who died quite young at the age of 41. The glamorous female figures emerging from the mica-patterned background were likely born from Utamaro's research. The elements of Western style such as the expression of the human body, the elaboration of hair, and the art nouveau style of the hand mirror evoke a limpid elegance, characteristic of the modern ukiyoe unique to Goyo.

Daikokuten (One of the Japanese Seven Gods of Fortune), 1914 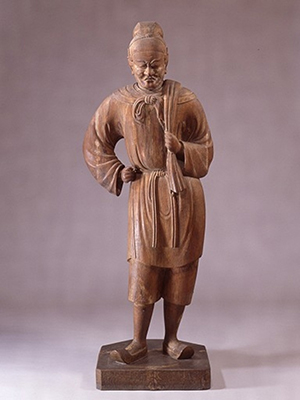 Niiro was a woodcarver who devoted his life to preserving and restoring Japanese antiques. This work is a reproduction of a standing statue of Daikokuten from Kanzeonji Temple in Dazaifu, Fukuoka Prefecture. Dressed in loose clothing, wearing a hakama and carrying a large sack on his back, the statue represents a later version of the god of good fortune. The sharp eyes beneath wrinkled eyebrows are charactersitic of  the figure of the original armed god of Daikokuten. 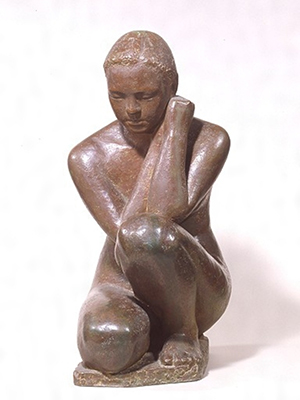 Ando is best known as the creator of the Loyal Dog Hachiko and the statue of Takamori Saigo, although throughout his life he continuously pursued the voluminous image of the nude woman, as depicted in this work. Although the crossed arms and legs are strained, an archaic grace drifts over the image. This is a good example of Ando's style, in which he attempted to view sculpture as a "mass of quantity".

Mt. Sakurajima, the volcano of Kagoshima, has been the subject of many artists' works. Our museum's "Sakurajima Collection" houses works featuring Sakurajima and its local scenery. 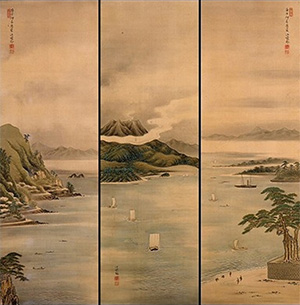 Mt. Tenpozan with Mt. Kaimon in the upper part of the image on the right, and Kirishima on the left, with Sakurajima in the center of thinly trailing fumes. This is a real-life view of the Iso region in the distant view of the mountain range in the late Meiji period. Gyouhan, who was born in Kagoshima City during the Meiji period, was a painter who studied under the Kano School. The influence of Western realism can be seen in this work, and the vertical dimensions of the painting are used to skillfully depict vast landscapes. 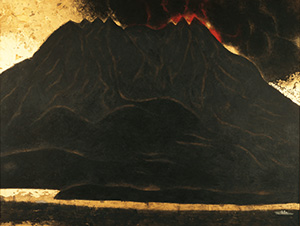 A black mountain clad in gold leaf and gold mud sky above a sea on fire. The artist, a Japanese painter from Kyoto who often climbed mountains when he was young, said "The masculine aspect of the volcano is indescribable. The multiple layers of pigmented rock black and gold mud on the surface of the mountain and the cinnabar red color of the erupting flames are irresistible". The work conveys an obsession with nature's primordial and fundamental power. Nishiyama has been fascinated by Sakurajima since he was a student, and for the past 50 years he has continued to draw it as his life's work.

Kazuki, a native of Yamaguchi Prefecture, is known for his "Siberian Series" based on his experience of internment in Siberia. In 1972, he visited Southern Kyushu on a road trip with his wife and youngest child. Three oil paintings, including this one, express the impressions of Sakurajima that he saw on that trip. Using Sakurajima as a motif, Kagetsu expresses his unique technique of painting with textured surfaces and monochrome tones.

Yamashita, who studied under Kuroda Seiki, accompanied Kuroda at the time of the Taisho eruption of Sakurajima, and left a series of large drawings and picture scrolls depicting the explosion. Based on his memories, photographs and other materials, this work depicts rising smoke, volcanic ash carried by the wind and disintegrated, light and dark, and the possibility of a future life, with powerfully descriptive details in the changing colors of the light. This work is also highly valuable as a record of the scene immediately after the explosion.

The museum's collection traces the course of Western art from the late 19th century to the present day, including works from such notable artists as Monet, Pissarro, Renoir, Cezanne, Kandinsky, Warhol, Rodin and Archipenko. 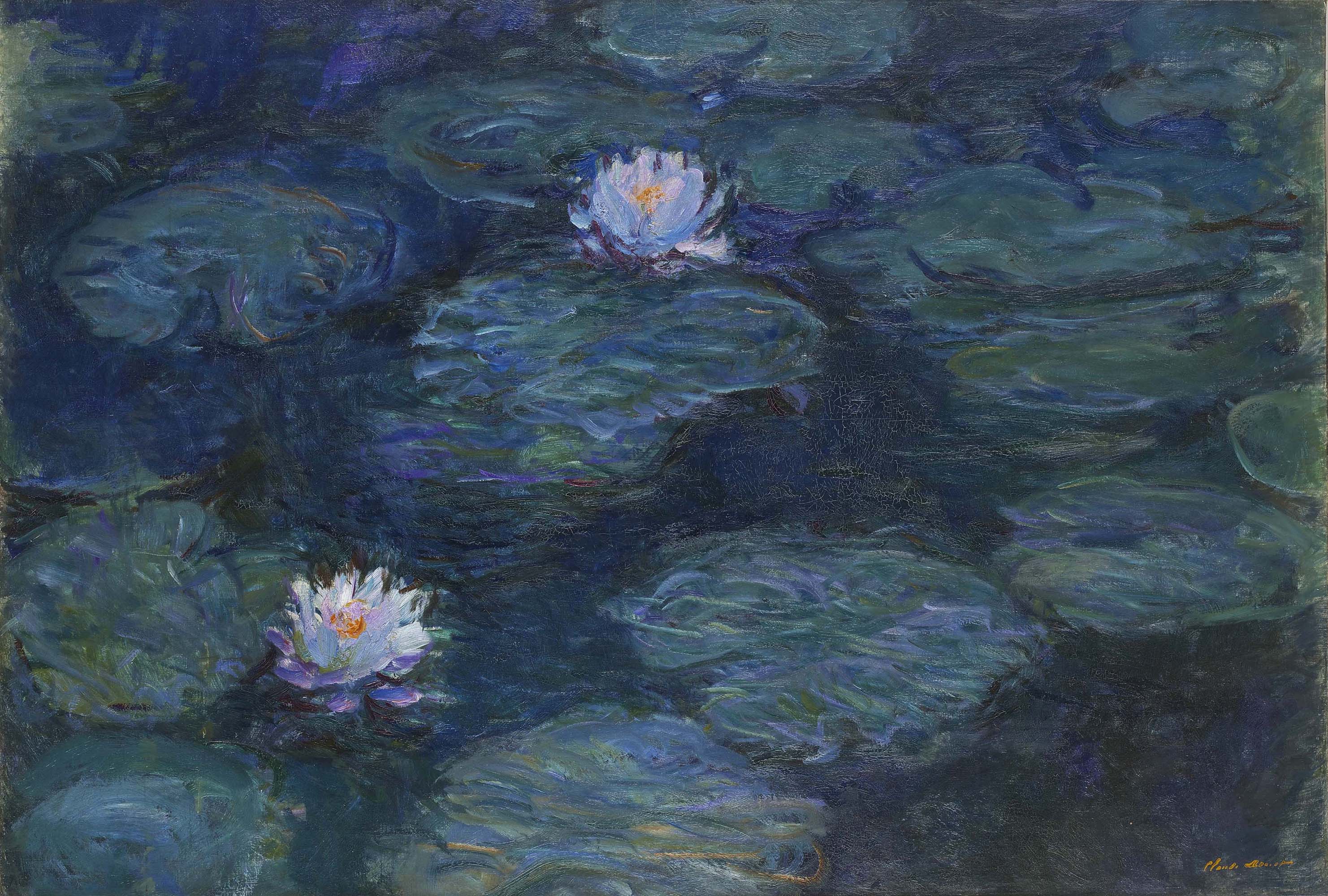 This work is part of the "Water Lilies" series, which includes 250 drawings and sketches, painted from the late 1890s to the end of Monet`s life. This is one of the earliest oil paintings in the series and was made at Monet's house in Giverny, which included a Japanese garden. It is more graphic than similar works from his later years, when he took on a more abstract approach to his artwork. It has a bold touch that beautifully captures the vibrancy of the flowers and the subtle changes in light reflected in the water's surface.

Landscape of the Northern France, c.1885 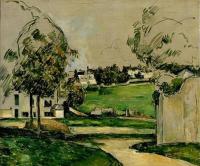 After the 1880s, Cezanne left the Impressionist group and created his own unique style, depicting the presence of his subjects through clear colours and solid forms. The composition of this work, in which the depth of space and the characteristics of the landscape are expressed in broad outlines, shows Cezanne's intention to grasp the fundamental form of his subject. 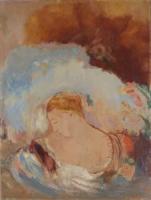 The film depicts the death scene of Ophelia, the heroine of Shakespeare's play Hamlet. The side profile and closed eyes of the female image are important themes in Redon's work. The closed eyes naturally direct the viewer's attention to the inner world, and the rich colours seem to speak for the vast emotions and dreams that cannot be put into words.

One of a series of nude bathroom portraits painted repeatedly after 1910, in which Marthe, his beloved wife, was the model for the portrait Nude Woman in the Bathroom. It is an excellent work in which soft warm colours envelop the casual scenes of daily life.
Bonnard, along with others including Denis and Maillol are known as virtuosos of the Les Nabis movement. His series of works from around 1900 have been called “Japanese Les Nabis" because of the pronounced influence from vertical, flat-painted Japanese etchings. 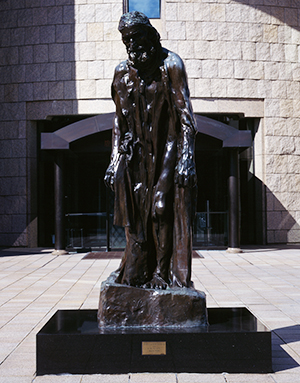 Rodin, who was born in France, is known as the father of modern sculpting. “The Burghers of Calais" which made up of a group of six figures, is one of his best known works. This statue is the centrepiece of this work, and the figure of an old man near death, whose quiet expression strongly conveys his inner resolution. Rodin's main focus was to create exceptional sculptures of human beings expressing inner reflection.